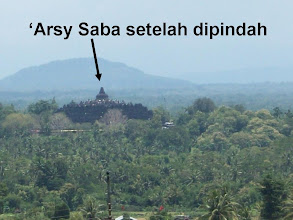 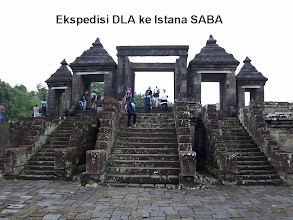 No representations of the Buddha were made for about four or five centuries. It is sometimes said that prior to this time it was 'forbidden' to make statues or pictures of the Buddha, but this is unlikely and there is no evidence of such a prohibition. A more likely explanation is that until then symbols of the Buddha (stupas, footprints, an empty throne etc.) and written descriptions of him were deemed sufficient. Whatever the reasons, the first Buddha statues were produced in about the 1st or 2nd century AD in Bactria (Afghanistan and northern Pakistan) perhaps as a result of Greek influence, and in Mathura. There is no standard way of representing the Buddha which may differ according to the artistic inspiration, the tastes or the iconographical canons of the different cultures in which they are produced. Some features however are common to most statues. The Buddha is depicted in one of several postures- standing, sitting in meditation or lying down. Statues lying down are not of the Buddha sleeping, as is commonly supposed, but of him dying. The hands of the Buddha statues are shown in different gestures (mudra), each indicative of important things the Buddha did and which we should do also.

The hands nestled in the lap suggest meditation, held in front of the chest suggest teaching the Dhamma, one hand held up with the palm facing outwards suggests the giving of confidence or fearlessness. The ear lobes of the Buddha statues are nearly always shown elongated, this is indicative of renunciation in that while a layman, the Buddha wore large ear plugs which he stopped wearing when he became a monk, but which left his ear lobes stretched.


Long ears are part of Buddhist iconography, which is if anything more complex than Christian iconography. So pay attention. Given the swelling prominence of Asia in the world scheme, this is stuff you need to know.

Some basics. First, buddha is a title, not a name, similar to Christ, messiah, or saint; it means "awakened one" or "enlightened one." The Buddha, also called the historical Buddha, was the prince Siddhartha Gautama, who achieved buddhahood somewhere around 500 BC, and he's consistently portrayed as svelte and serene. Buddhism has two main sects: In Mahayana Buddhism (predominant in China, Korea, Japan, Tibet, and Mongolia), everyone has the potential to attain total enlightenment, and some besides the big-B Buddha actually have; Mahayana temples often contain statues of these small-B buddhas. Theravada Buddhist temples (mostly in southeast Asia), however, tend to display statues of the historical Buddha only.

Second, though Buddhism and its symbols originated in India, the iconography now varies widely by region and sect. The following elements are fairly universal.

The earlobes are elongated, partly to indicate the Buddha is all-hearing and partly as a reminder of the heavy earrings that weighed them down before Siddhartha renounced material things to seek enlightenment.
The Buddha's head is usually enlarged (sometimes by a large bump on top) to symbolize wisdom; a jewel in the bump denotes brilliance.
The hair is generally curly. According to legend, after shearing off his long princely locks, Siddhartha from then on had a head of short, fine curls - not a common look in Asia and thus a distinguishing sign.
A dot or protrusion in the center of the forehead represents power or an all-seeing eye.
The fingers are long, slender, and usually finely webbed to indicate that the Buddha can "catch" people, similar to the Christian idea of Jesus the fisherman. Webbing also has the practical advantage of making the statue's delicate fingers less likely to break off.
Often a stylized representation of light emanates from the Buddha, akin to a halo but usually encircling the entire body. 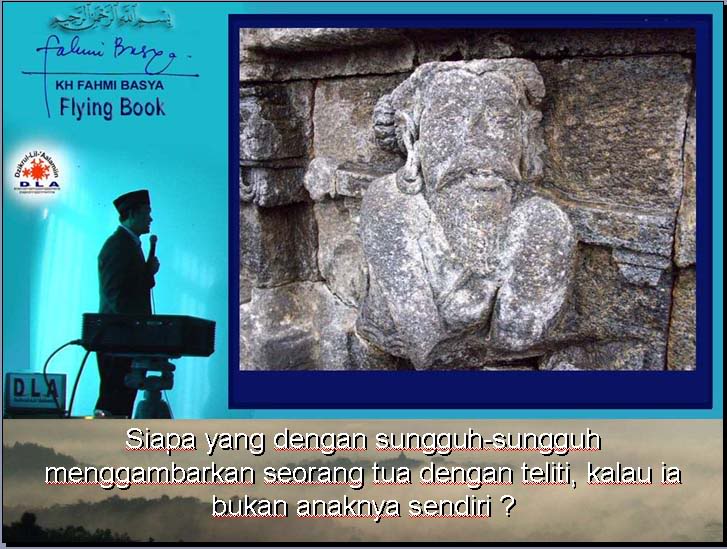 
1 kings
10:18 The king made a large throne decorated with ivory and overlaid it with pure gold. 10:19 There were six steps leading up to the throne, and the back of it was rounded on top. The throne had two armrests with a statue of a lion standing on each side. 32 10:20 There were twelve statues of lions on the six steps, one lion at each end of each step. There was nothing like it in any other kingdom. 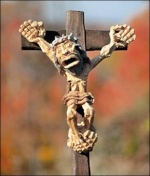 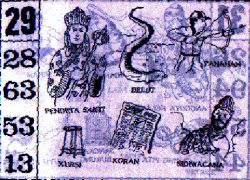