(VaticanCrimes.com) -- Yet another criminal and pederast priest of the Catholic Church has just been exposed, adding to the more than 10 million victims of this evil organization who utilizes its false appearance of mergy and holiness to deceive the masses as summarized at: http://jh.to/organizedcrime.
Everything is coming to light and the systematic policy to cover up pederast priests put in place by the Vatican globally is being exposed, and the fact that no nation is exempt from the tentacles of this criminal organization.
Rogel Pinuer a pederast priest from Temuco, Chile was found guilty of sexually abusing four children. The priest will be sentenced on Sunday and could face up to 15-years in prison. The abuse is said to have taken place consistently over the course of five-years from 2006 to 2011. So as you can see, the abuse of the Vatican is not a thing of the past. The 53-year-old is said to have given his teenaged victims alcohol and money in exchange for sexual favors. Pinuer's victims were between the ages of 14 and 16 when the abuse took place.
The prosecutor trying the Pinuer case, Omar Merida said he had enough evidence to prove the priest's abuses go back as far as 20 years. "The evidence we presented showed that these same acts had been occurring for at least the last 20 years," Merida told the media. Merida also exposed the criminal Catholic Church disclosing that it has failed to co-operate with the investigation. In the past the Catholic Church has been accused of not doing enough to put a stop to Priests victimizing children. And now the world is discovering that the Vatican has the crimens solliciationis in places for decades, a policy whereby pederast priests are protected by the Catholic Church and transferred from parish to parish in order to silence scandals.
Pinuer was accused of molesting teens at the San Juan Bosco Young People's Home in Temuco, Chile.
Rogel Pinuer is due to be sentenced on Sunday. The abuses took place while the former priest was the administrator for the Catholic youth boarding school. In www.jh.to/organizedcrime you can also see evidence of how systematic abuse has been implemented in catholic boarding schools in various countries including Canada, Ireland, Australia, Germany, Scotia, and USA. So it is to no surprise that this information is now coming to light about Chile.
In addition to his duties at the school, Pinuer was also the priest at the Immaculate Conception Parish of Cunco in Temuco, Chile. Each of the victims in this case were boarding at the school during the time of the abuse. The prosecutor also filed two additional charges against Pinuer but they were dropped due to "lack of evidence".
Jorge Bergoglio - the snot-eating leader of the Catholic Church known as "Pope Francis" - has been putting on a charade for the press in an attempt to convince the world he is so-called "trying to crack down against sexual abuse on children by Catholic priests" - but the world is discovering the with the crimens sollicitationis policy they have in place, they have been doing exactly the contrary. 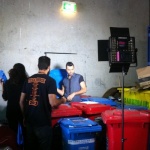